The Mother of all Tank Builds 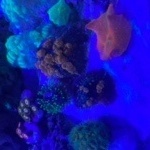